The letter from EAPN:

I am happy to announce that your application is among the three organisations that won the 2013 EAPN AWARD in the NGO category and gained most points in the selection process, based on the results of the Independent Selection Panel work. We will contact you later to invite someone to the EAPN AWARD ceremony on 30th September in Brussels. Along with your organisation, two other ones will be invited and we will be sending this message to all applicants informing them of the results.

The winners of the EAPN AWARD 2013 in the NGO category include: 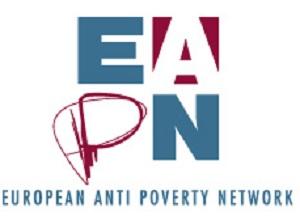 Stichting Barka, the Netherlands
Based on the work of Barka Foundation in Poland, Stichting Barka along with their counterparts Barka UK and Barka Ireland support migrants in the Netherlands coming from Central and Eastern European countries through reconnection programme (opportunities to return home for people facing homelessness or difficult social and economic situation), and they run a Social Economy Centre, supporting migrants on their way to economic and social rehabilitation and integration within the receiving country. Some of the people that were supported through Barka’s Leaders Approach programme have become leaders, are employed in projects run by Barka foundations across several countries or have initiated their own associations and are supporting others.

Priority Action Areas Committee (Church of Scotland), UK
The activity it implements, has been brought to Scotland from a visit to India (through Passages to India project) by 13 women from 7 deprived communities from Glasgow. They have initiated Self-Reliant Groups in their home communities. Self-reliant groups are autonomous groups based on the principles of self-help, solidarity and collective enterprise. They are usually small groups of women who aspire to change their socio-economic circumstances. They initiate small microfinance schemes to support members of the group. As the groups have grown and extended, a lot of training and mentoring has been part of the approach to develop personal empowerment, self-confidence and economic aspirations of the women. Currently, there are more than 50 such groups across Scotland, involving over 350 women from deprived communities and they have formed an association.

Obertament, Spain
The organisation got inspired from an anti-stigma campaign in New Zealand called Like Minds – Like Mine. Two UK based organisations have carried out a similar campaign See me Scotland and Time to Change UK. The initiative focuses on training people experiencing mental health issues to increase the knowledge among professionals, close family and society at large about discrimination and stigma of people experiencing mental health. Stigma often results in social exclusion and financial impoverishment and the initiative aims to create a “volunteers media” team, an “awareness” team and a “stigma alert” team to empower people facing stigma related to mental health reach out to different target groups and engage in dialogue and awareness raising on stigma and discrimination they experience.

In the Public Entity category, Malaga City Council will be recognized for their commitment to building direct participation of people experiencing poverty in policy-making, through their Reflection Forum on Social Exclusion. Their initiative was inspired through their cooperation with EAPN Andalucia’s engagement with the regional, national and European Meetings of People Experiencing Poverty and Social Exclusion and through the PARE project on direct participation implemented in partnership with anti poverty networks in several other countries.

We thank you for your participation and we wish you all the energy for continuing the great work that you carry out in your organisation.
The Independent Selection Panel members were impressed by the diversity of initiatives that the applicants carry out in their organisations. As one member of the Independent Selection Panel, Ms. Zsuzsa Ferge, put it…it is touching and amazing what a tremendous amount of goodwill, dedication, creativity exist around the world to alleviate suffering and to cover unmet needs. Civil organisations are irreplaceable in finding good new answers to the increasing social ills..

The EAPN AWARD, supported by the EAPN Fund recognises:

An Independent Selection Panel selected three pairs of winners out of 21 applicants. These organisations will be invited for the EAPN AWARD ceremony on 30th of September in Brussels. We will also disseminate these initiatives in the EAPN electronic Flash and on our website dedicated to the Fund.
In their selection, the Independent Selection Panel was guided by the following award criteria, which were announced in the call: